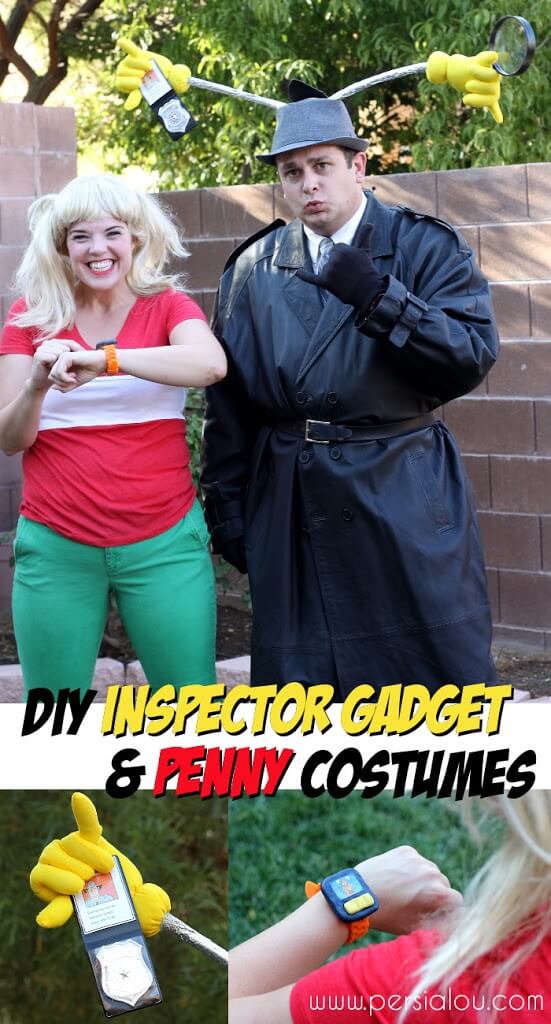 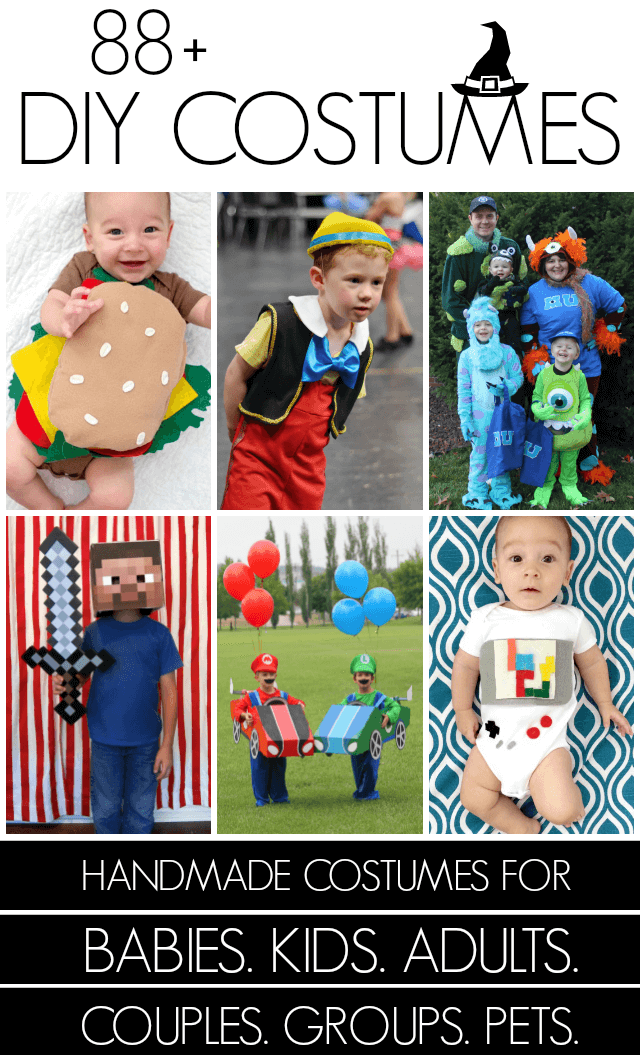 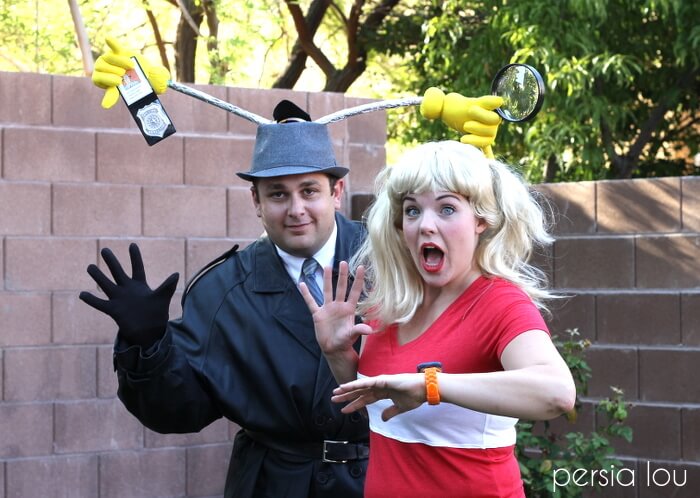 Gabe and I haven’t really dressed up for a couple years now, so it was really fun to put together a couple’s costume. If I have time I think I will even make a Brain costume for our one year old. (I love it when they are little and don’t have opinions on Halloween costumes yet.)
These costumes really only have a few major DIY elements, which meant it didn’t take too long to put together.
Here’s what you will need to make your own:
The main DIY part of the Inspector Gadget costume was the headpiece with the Go-Go-Gadget arms. It is made up of two main pieces: the headband with arms attached and the hat that really just goes over the top. 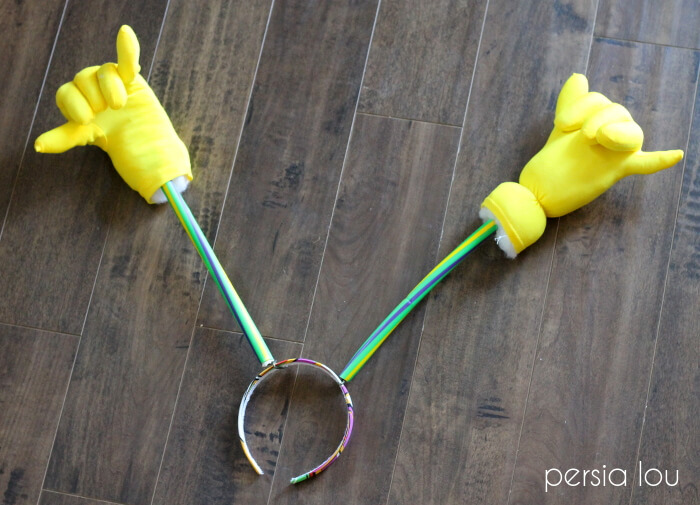 To make the headpiece, we started by creating the hands. We used wire coat hangers in the fingers of the gloves to shape the fingers, and stuffed the gloves with polyester fiberfill.

To give the glove a cartoon look, I made a running stitch through the bottom cuff of the glove, pulled it tight, and then finished it off. Next, I wrapped another piece of thread around the glove a couple of inches above the glove hem and tied it tight. 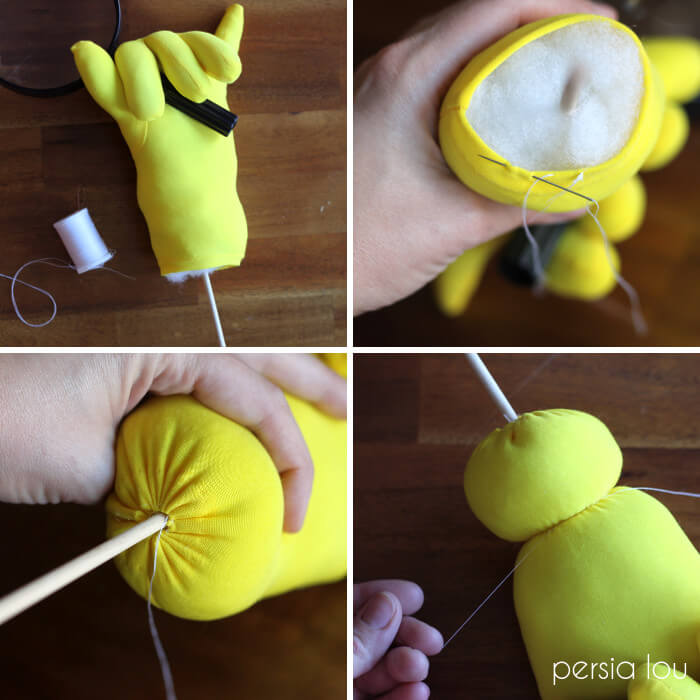 At first we had a hard time coming up with a solution for how to create the arms, but when I saw hula hoops at the Dollar Store, I had a feeling they would work perfectly – and they did! We cut the hula hoop into pieces, and attached them to the headband with wire.

We used the cardboard tube from the bottom portion of the hanger to connect the hands to the hula hoop. It was a perfect fit. 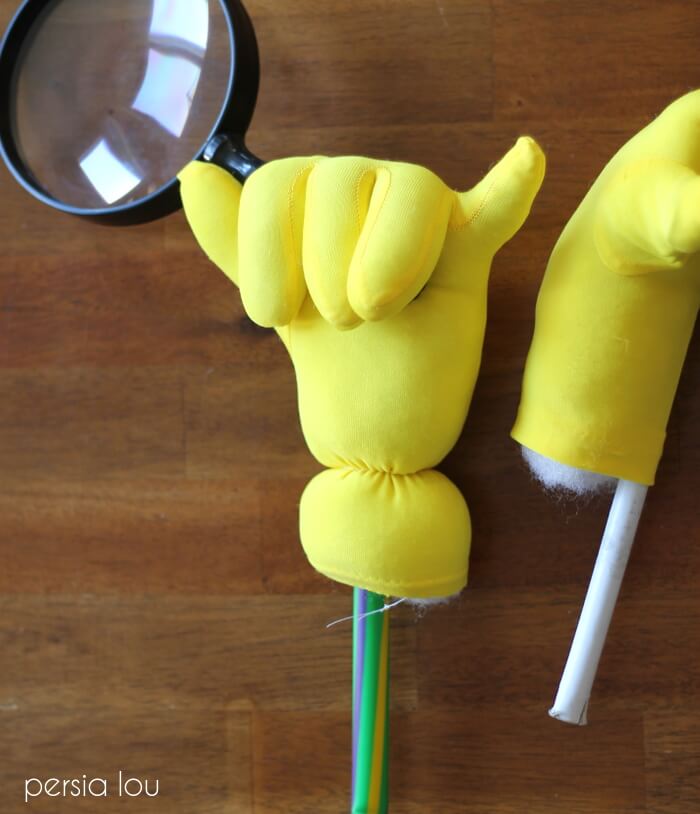 We added a little Inspector Gadget photo and info to the Dollar Store police badge. 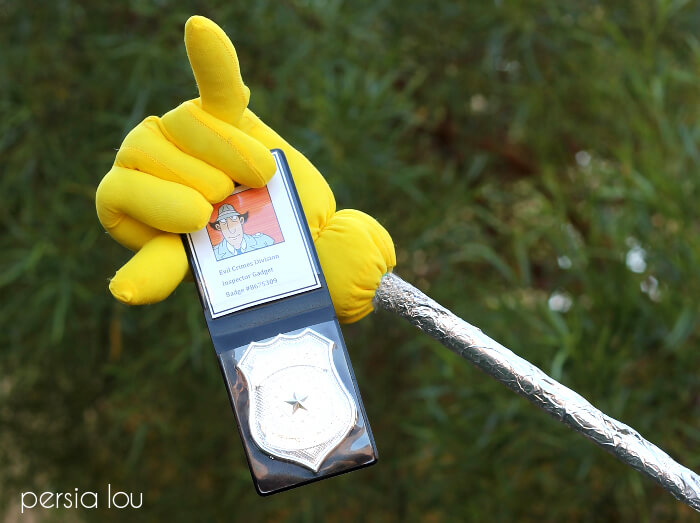 Finally, we made Inspector Gadget’s hand phone by sticking a piece of wire with a black bead glued to the end into the thumb of one glove. 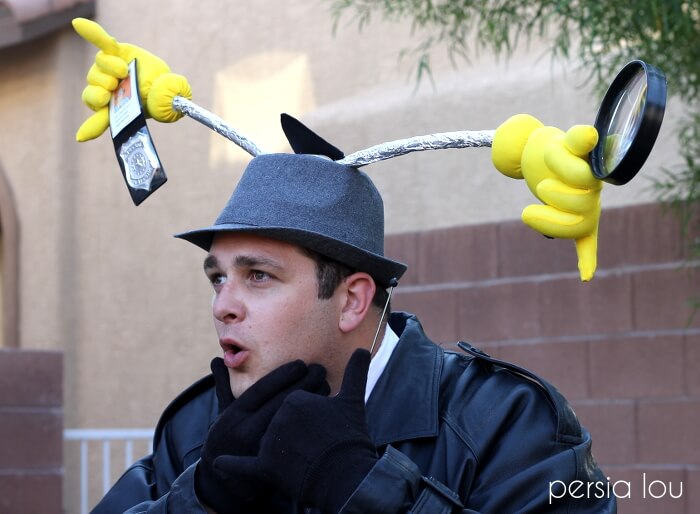 For Penny’s costume, I already had a pair of green capris. I bought a red t-shirt and sewed on a strip of white fabric across the middle (actually my mom was visiting a the time and did that for me – thanks, Mom!).

The main DIY part of Penny’s costume was her sweet communicator watch (basically the world’s first Apple Watch). I bought a cheap-o watch with a sweet orange band online and created a new face to glue on top. 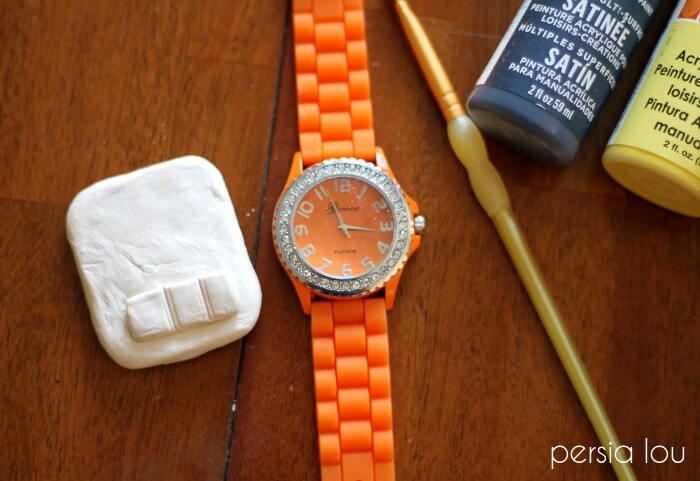 I sculpted a face and buttons quickly out of air dry clay. Then, I painted the face, and added a picture of Brain to the watch face with decoupage. 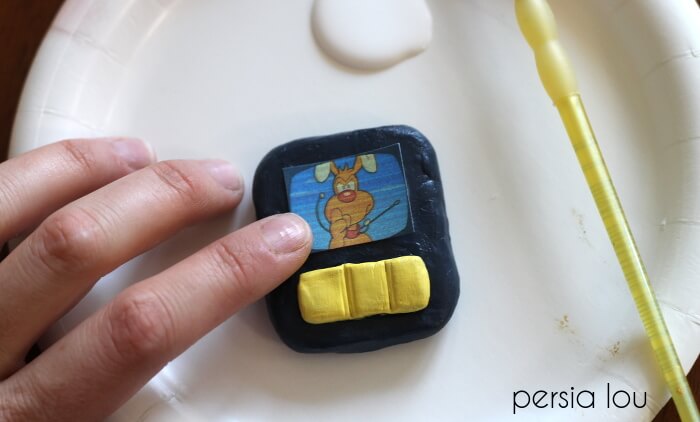 Then I just superglued the new face right onto the watch. 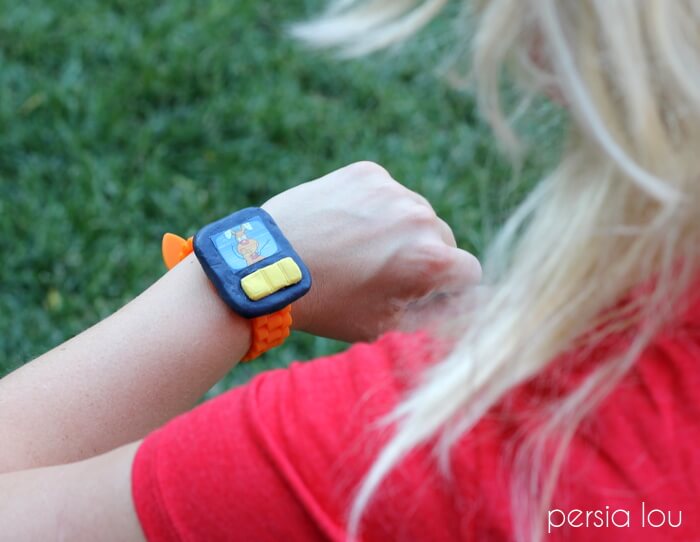 To finish off Penny’s look, I got a blonde wig with bangs, and pinned it up to look like pigtails. All done and all ready to take on Dr. Claw and M.A.D. 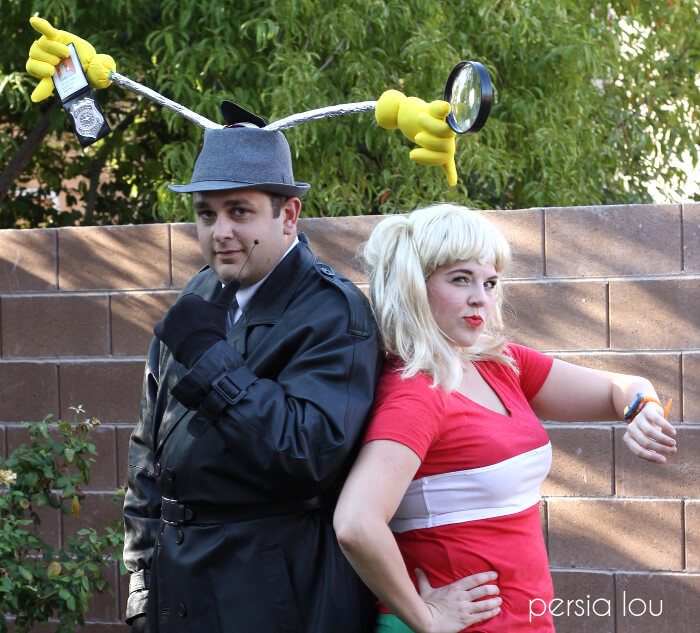 And now it’s time for tons more DIY Halloween costume inspiration! Join in on the BLOG HOP! Click on the links below each collage to get the detailed instructions about how to make the costume pictured, just like mine above. Don’t forget to follow the Handamde Halloween Costumes Pinterest Board for even more DIY costume greatness! 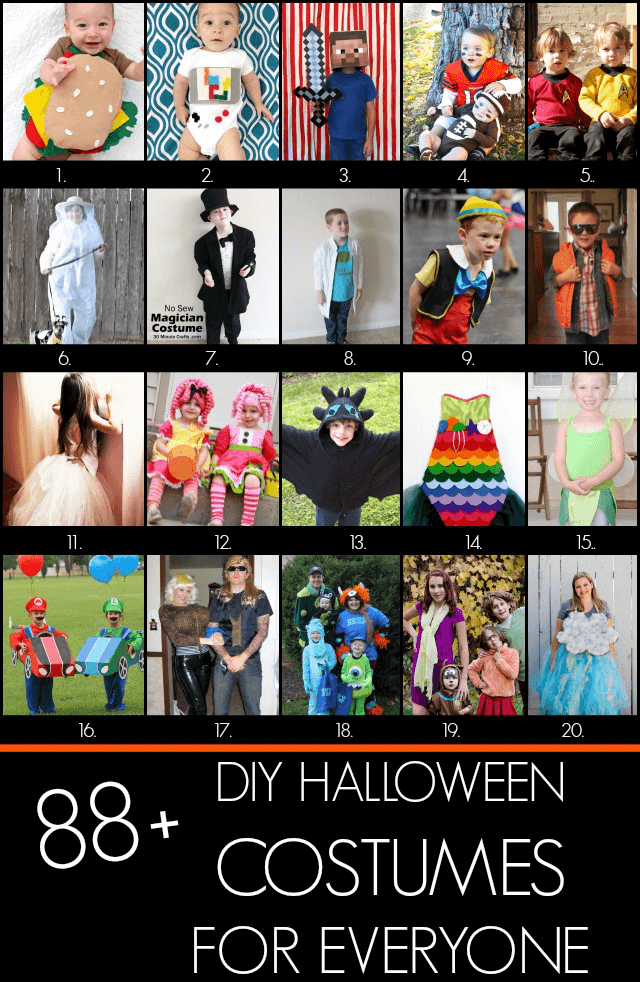 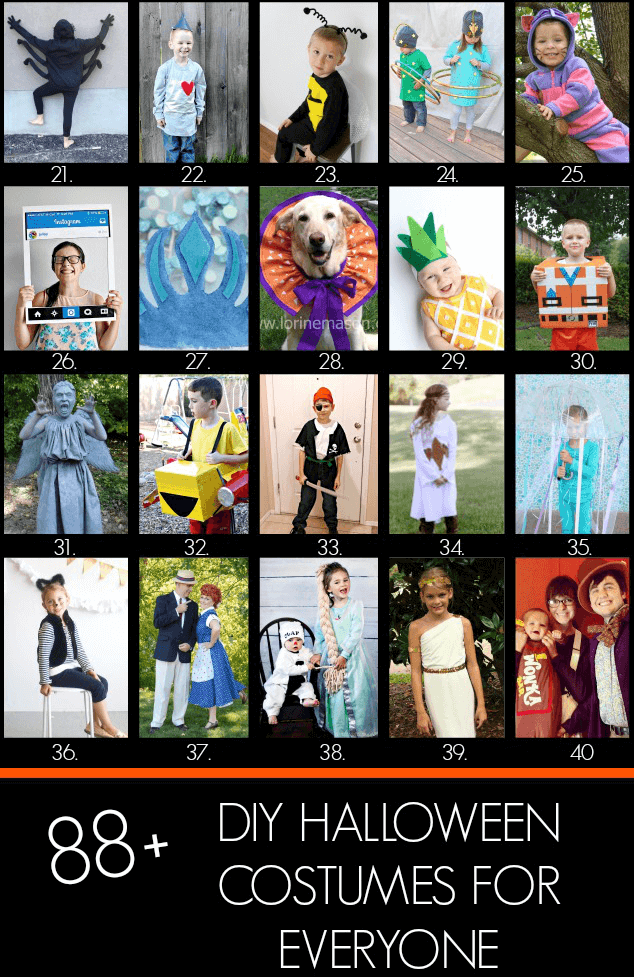 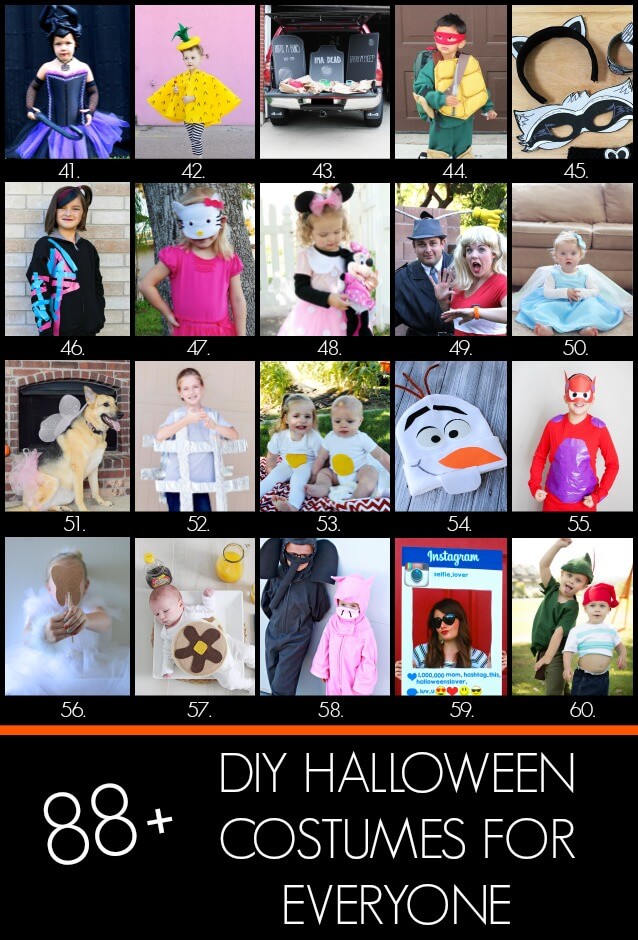 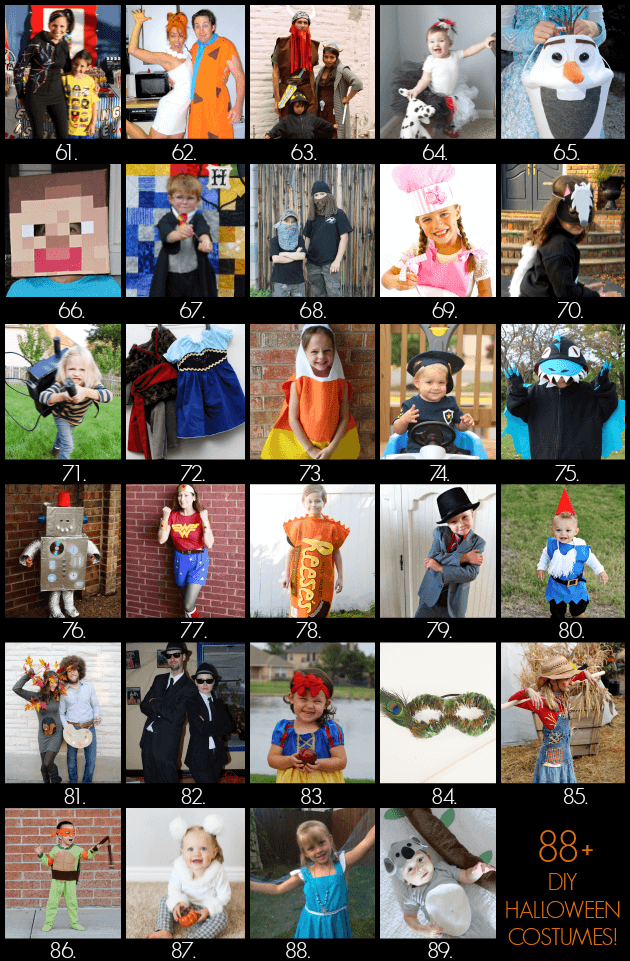 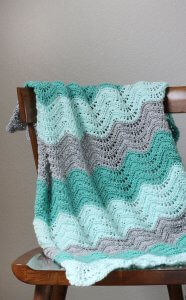 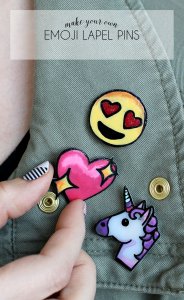