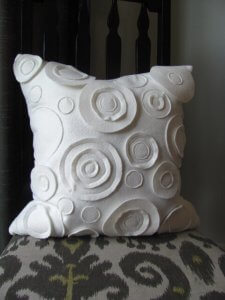 Here is my first advance in the great pillow fight. As I mentioned previously, I am redoing the pillows on my couch mostly using wool felt. This pillow was inspired by the Layla pillow at Crate and Barrel: 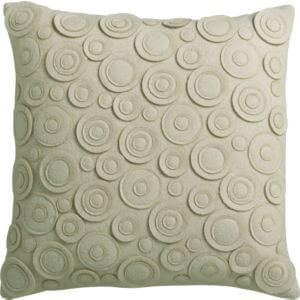 I recovered an old pillow I already had and used about a yard of 30% wool felt that I bought with a coupon at Joann. My total cost: about five bucks. Crate and Barrel version: $60. I’m pretty happy with the results.

Here’s how I did it:

I cut two 18″ x 18″ squares of felt. My pillow form was 17″ square. If your pillow form is larger or smaller, you will want a square that is one inch larger. This gives a half inch seam allowance.

Next, you will need to cut out your circles. Dig around your kitchen or junk drawer for a few round objects of various sizes. Here is what I used: 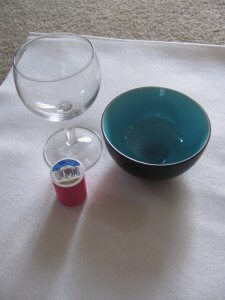 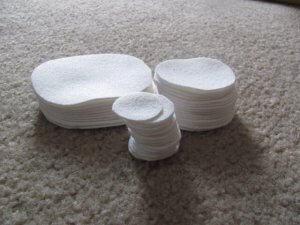 Next, I laid out the circles on a square. Although I planned on layering up smaller circles on top of larger circles, I only laid down what would be circle on the bottom of the stack. After I had an arrangement I liked, I pinned the circles in place and moved myself over to the sewing machine. 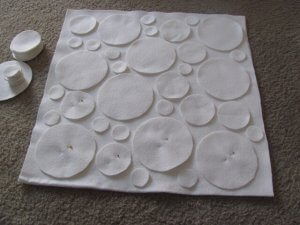 I like things a bit random, so I sewed on my circles stitching at varying distances from the edge of the circle. Some circles were attached by placing smaller circle on top of a larger circle, and then sewing around the smaller circle. This leaves a large lip of the bottom circle unattached like the circle in the image below: 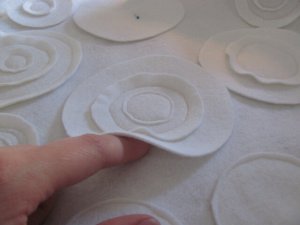 I liked this look, but if you want a more regular look, you can stitch close to the edge of each circle.

After all the circles are attached, with the right sides together, pin the two squares together. Sew a seam around three edges of the square leaving a half inch seam allowance. Clip the corners of your pillow (see below) to make sharper corners. 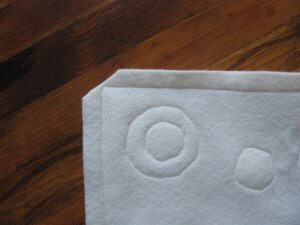 Flip the case right-side out, stuff the form into the case, and get ready to sew up the final edge! Fold the seam allowance on the open side together and pin closed. Sew closed with a slip stitch. 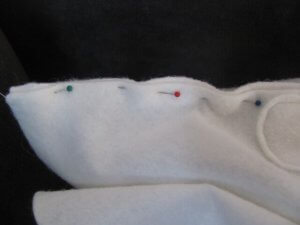 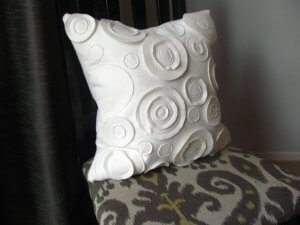 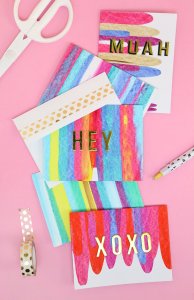